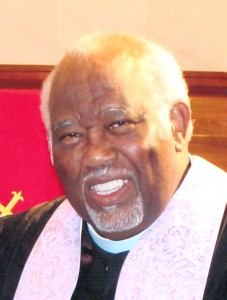 Dr. Floyd Prude, Jr. served as  Senior Pastor of Emmanuel Baptist Church, Beloit, Wisconsin, from June, 1973 to November 28, 2009. A dedicated servant of God, he was a gifted preacher, an awe-inspiring lecturer and teacher, an extraordinary denominational leader, and a tireless community leader whose service to others was unparalleled. He was truly a man of God whose commitment to ministry was unwavering.  On the last day of his life on earth, he put in a full day of work, providing pastoral leadership to the flock of God at Emmanuel.

Dr. Prude received a clear call to ministry, after growing up as a preacher’s kid and serving, even as a young man, in numerous capacities of teaching and leadership in the church—Church School Superintendent and teacher, church treasurer, trustee and deacon. God’s call came while he was a young husband and father of two; nevertheless, his commitment to excellence demanded sharpening his gifts.  In August, 1969, he moved his young family to Nashville, Tennessee, where he enrolled in American Baptist College of ABT Seminary.

As a seminarian, he served from 1970 to 1973 as pastor of Rockland Baptist Church in the Nashville suburb of Hendersonville. Called to pastor the Emmanuel Baptist Church shortly following his graduation from American Baptist, his first pastoral message there was “God With Us.”

As a denominational leader, he was the President of the Wisconsin General Baptist State Convention, Incorporated, and had just accepted appointment to the Board of Directors of the Sunday School Publishing Board of the National Baptist Convention, USA, Incorporated.  In 1999, he received the prestigious honor of being awarded the Doctor of Divinity degree by Beloit College, the “Yale of the Midwest.”

Rarely was Dr. Prude out of the pulpit; seldom did he miss preaching in that holy place. As soon as one sermon was delivered, his heart, mind and Bible were all keenly directed towards the next message. He envisioned God’s people coming to church on Sunday and asking:  “Is there any Word from the Lord?” And he firmly saw it as His God-given responsibility to provide an answer in the affirmative: “Yes, there is a Word from the Lord.”  Consequently, after over 40 years of preaching, teaching and providing Christian leadership, he left behind a cache´ of sermonic masterpieces, lectures, Bible studies, outlines, Christian Education resources and other materials which are now being shared with clergy, church leaders, family, friends, those he mentored or taught, and even those whom he never knew.  This vast collection is being edited and made available by his widow and best friend of fifty years, Regina M. Prude, and his children, Sherri Lynn Prude Neal and Randy Allen Prude. 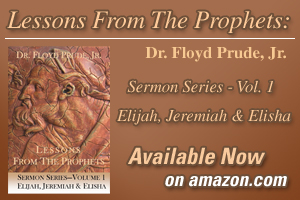 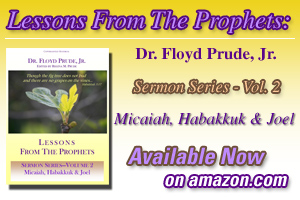